Four keys to selling beyond the early adopters 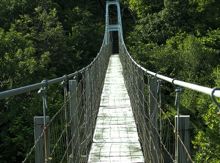 The life and early path of a disruptive entrepreneur can be lonely indeed. By definition, you’re building something that nobody has seen before, that nobody has used before, and that few may have thought was necessary.

The market need you’ve identified may be foreign to most people you speak with. The value you’re creating doesn’t yet translate. The very people you could help, think you’re crazy.

When you get started, these aren’t your customers. But they will be.

The fastest path to market momentum, of course, is to go straight after the early adopters. That small, core segment of the market that either already gets what you’re doing, or is patient enough to dig in and figure out how to make it work. These early adopters are your early inspiration, your daily focus group, your constant source of new ideas, features and extensions that could keep you busy building for months to come.

But your business will not scale selling exclusively to the early adopters. As Geoffrey Moore crisply pointed out in Crossing The Chasm, you must navigate beyond your early core to the early majority and masses beyond. The problem you’re solving may not change in the process. But most companies (despite some familiarity with Moore’s thesis) fail to build for, address or successfully sell beyond the early adopter segment.

There are many reasons for this. Early adopter success and satisfaction can give you a false sense of hope, and the incorrect assumption that what you built and how you sold it will work directly with the early majority as well. Early adopters are typically also passionate about offering or requiring somewhat unique features, which if followed and left unchecked can create a product that’s too complicated and/or unsellable to a wider audience.

To ensure success with early adopters but also a successful transition to the early majority and beyond, here are four steps to keep you on the right track.

1. Understand the differences between early adopters and the early majority before you start building
Too many companies start building products with a deep sense for who the early adopters are and what they need, but fail to further quantify the next segment. If you fail to understand the early majority until after the first couple versions of the product are built, it may be difficult and/or expensive to make the adjustments necessary for your broader selling opportunity.

By defining both groups up front – what they have in common, how they’re different, what their current approach to the problem looks like, etc. – you have the tools and insight you need to build for the immediate audience as well as for the future.

2. Meet them where they are (not where you’re going to take them)
Your early adopters have no problem making a leap of faith, going straight to a solution that is equally unknown but comfortable. Their eagerness and willingness to learn along with you, or to take certain assumptions for granted, make them an ideal first target.

But the early majority can’t make that leap. You may be able to create deep resonance with the problem you’re both trying to solve, but little to no agreement that what you’re doing can get there.

Let’s say you’re building a communication platform in the cloud, relying on Web-based and social channels to help groups of people work together. As part of this vision, you believe email and cluttered inboxes will be a thing of the past.

The early adopters may go right there with you. But despite their frustration with an Overstuffed Outlook, the early majority may not be as willing to give up their email as a primary form of communication and collaboration.

Somehow, you must meet your early adopters where they are and walk with them, step by step, towards your solution. This isn’t always easy or quick, but the company who can do it successfully will earn trust, credibility and loyalty in the process.

3. Partner with someone they already trust
To the early majority, you’re a foreign object. Someone or something they don’t understand or yet trust. But within their existing circle of influence there are plenty trusted individuals, associations, communities and the like. These influencers can serve as a critical bridge between the world your early majority prospects live in, and where you want to take them.

I don’t know you, but I know her. I don’t trust you, but I trust my trade group. I don’t know what you’re doing, but if my existing provider likes you that’s a good head start.

Don’t be the only source walking the prospect to the promised land. Find a guide they already trust to walk along with you.

4. Lower the risk of trial and change
Make it easy to get started. To experiment. To see some immediate results or leading indicators of positive change and success. Publish use cases and success stories of early adopters, as well as your earlier customers among the early majority segment. Dig deeper to find quantifiable proof of concept examples. Lower the risk barrier to make it easier to dip their toe in the water.

Many companies publish case studies that sound too good to believe. Or focus their efforts on early adopter customers that don’t resonate with a broader audience. Instead, find examples that look like your early majority prospects.

Share their feedback in unfiltered formats. For example, why not publish a case study (or a video) of a customer that includes things they don’t like about your company, product or process? Even if it’s a minor or inconsequential point, this inclusion will make the rest of their story far more believable.