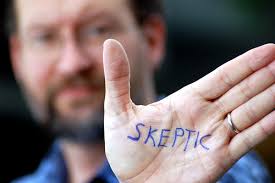 Recently, Act-On Software sponsored an online, interactive discussion titled, “How to sell marketing automation to your boss.” Facilitated by the Funnelholic, Craig Rosenberg, the roundtable featured myself, Carlos Hidalgo and Steve Gershik.

It was a fascinating discussion, and we’ve broken down the highlights of the event into a three-part blog series.

The first part focused on where to get started, who within the executive team needs to be involved, how to speak their language, and other factors to consider in a successful marketing automation implementation.

This second installment focuses on revenue performance management – what it is, and why it’s important.

And what he said was, “Well, actually it’s a real conversation piece to have with C level executives in the rest of the organization. And so I start that with an intro that is – I don’t know if that’s controversial or not but the question came in from someone in the audience which is, “What is RPM and how is it related to marketing automation?”

And so why don’t we have the conversation about RPM, it’s place in the buying process, and what’s done or not done through marketing automation.

Matt: I like RPM because I think it – well, first of all, I’m a little worried we spend so much time trying to put names on things that define what we’re doing as opposed to going and doing it, right? One of the things that I like about RPM is that it explicitly is not sales and it’s not marketing. It is about revenue, and if more organizations could have the mentality that this isn’t sales versus marketing, there isn’t top of funnel and bottom funnel, but there is the buyer journey toward a mutually beneficial relationship about driving revenue.

And so I guess what I like about RPM is that it sort of blurs that line intentionally between sales and marketing and sort of inherently – even though it’s just an acronym – implies that there’s that common approach of going after that prospect. I like that a lot and I think it definitely moves us in the right direction.

Steve: I worked for one of the companies that coined the phrase and initially it’s just an empty vessel, right? It’s a container. It’s three words strung together into an acronym. But to Matt’s earlier point, I think it is better than calling it marketing automation. Marketing automation is a set of technologies and what’s included in that set is up for debate. But it doesn’t get to the overall discipline of what we’re talking about which is demand generation or how you’re managing your revenue flow from top to bottom within your organization.

So I think it’s too early to say it’s a flop. I think some of the key concepts, the work flows, the processes, and the organizations behind it need to be developed more. Plus I think that it’s more than just marketing automation technology that enables it. After all, you’ve got a whole system of revenue recognition that’s separate apart from marketing automation. But I think that as a way to advance the conversation, it’s as good as calling it anything else.

Carlos: Well, I think it scares most marketers to death because they’re not used to talking that language. We’ve talked to CMOs and one conversation recently where the CMO recently said, “I don’t want to be tied to revenue. That terrifies me.” With that kind of language, there’s no wonder why average CMO tenure is only 22 months, I think is the last statistic I saw somewhere. So I agree with Steve; I think that to say RPM is marketing automation puts it solely on the backs of marketers. There’s a whole lot more that goes into it. Sales is part of that; channel is part of that; revenue recognition is part of that.

But I think part of what it does help is it does get marketers to a place of saying, “My role has changed. My value to the organization stepped up.” And I think that’s one of the reasons why now more than ever is the best time there is to be a marketer because for the first time we are able to show we are relevant, we are needed, and we can bring value back to the organization beyond just open clicks and number of emails we’ve been able to blast out inside the database. It really brings us to the table. We’ve just got to adapt to it, start to understand how to articulate that the right way.

Matt: And if you’re a CMO and you’re worried about revenue or if you’re a CMO and you feel like you’re job is to generate more leads on a chart up and to the right – I’ve had CMOs say, “Our job is to flood the sales team. Our job is to make it so that it’s their fault, so nobody can blame marketing.” Those people aren’t going to be around very long if they don’t evolve. But also in my role, if I hear those kinds of things from a CMO, that’s not a client that I want because they’ve already got a mentality that doesn’t really align with driving revenue and driving close business.

And if you’re a marketing automation firm selling into that organization, it’s dangerous as well because then they say, “Oh yeah, I think I’ve heard about this. I think this is something we need to do.” But they’re not going to invest in the resources and the people and the integration with the sales team and the overall sales process. They’re not going to prioritize, they’re not going to do it and so they’re just not going to be as successful.

I’ve seen over and over where the company will be unsuccessful with their marketing automation strategy and they blame the technology; they blame the platform. They say, “Well, we need to switch to a new platform because this just isn’t working out.” And in my observation, 9 times out of 10, it’s not the technology’s fault; it’s the fact that the strategy, if it exists, is flawed and is not executed well.

Craig: Yup. I’m pretty sure Carlos is agreeing with you.

Craig: Yeah, yeah, yeah. Can we just take a step back and one of you guys just explain what RPM is?

Steve: So in a nutshell, revenue performance management is the discipline of managing your company’s revenue cycle from top to bottom, right? Well, I guess a cycle doesn’t really have a top – from beginning to hopefully never end. And that includes all aspects of the customer awareness and interest and purchase and post-purchase support as well as how a company manages their levels of efficiency around each of the stages within a customer’s buying process. That’s what it is in a nutshell.

Once it’s put that plainly, it’s really hard to hear objections to why that’s not important to an organization. We all need to get a handle on how our customers buy from us and how revenue is the outcome of those activities.

Matt: And the other thing that I like about RPM and revenue performance management is it doesn’t imply only sales; it’s not just about customer acquisition. And I think one of the biggest untapped potentials of these marketing automation system technologies is most of the time they’re leveraged purely if not mostly, if not exclusively to acquire customers as opposed to keeping them and managing the customers that you have.

So you think about the sales funnel as a metaphor, it’s probably more appropriate to think of it like a bow-tie where the middle of the bow-tie is the beginning of the relationship. So you’ve got your sales funnel and some people close and some people don’t but once you have that relationship, you need to really focus on onboarding and you need to make sure that they’re seeing results early.

You need to make sure that you’re constantly validating the person’s decision and demonstrating the results that they get so you can get renewals, repeat purchases, referrals, and just maximize that lifetime value. That is another huge potential of marketing automation strategy and I think revenue performance management speaks not just to sales’ new customer conversation but also to lifetime value.

Steve: I’m going to think about my funnel as a mustache from now on.

Carlos: Matt threw in bowtie because he likes to wear them.

Tomorrow, the series will conclude with a discussion of revenue performance management and marketing automation best practices.