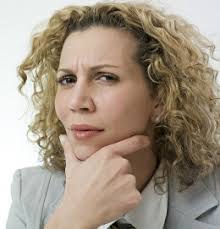 Recently, Act-On Software sponsored an online, interactive discussion titled, “How to sell marketing automation to your boss.” Facilitated by the Funnelholic, Craig Rosenberg, the roundtable featured myself, Carlos Hidalgo and Steve Gershik.

It was a fascinating discussion, and we’ve broken down the highlights of the event into a three-part blog series.

The first part focused on where to get started, who within the executive team needs to be involved, how to speak their language, and other factors to consider in a successful marketing automation implementation.

The second installment focused on revenue performance management – what it is, and why it’s important.

This last section digs into how to organize and implement revenue performance management in your organization.

Craig: I’m going to ask you guys to give us an example of a recent customer, colleague, etc who’s just bought marketing automation and tell us a little bit about the process and if there’s any anecdotal notes on how they helped internally sell the deal or things that didn’t work.

Carlos: One organization we just worked with, we actually started with their conversion rates and it was interesting. Marketing said, “Yeah, these are manually cobbled together. We think that these are accurate.” But what we started to do was say, “Okay, well let’s look at the conversion rates but also let’s look at how many viable leads, quality leads are being left in the CRM system or decaying.”

So we looked at that lead decay rate and long story short, we were able to show that this organization, just from marketing campaigns, was leaving about 15 deals per year for about $4.5 million dollars in their proverbial funnel which is in reality in their CRM system. Why? Because there was no follow up mechanism; there was no nurturing; there was no process; and there was no marketing automation to help with the velocity of those deals.

Once the CMO saw that, his next question was, “Can we do this same thing but get the EVP of Sales on the phone?” The EVP of Sales saw those numbers and he’s thinking, “An additional $4.5 million? Yeah, I’ll take that all day long.” So we started with that conversation. Next thing we knew, they were in for marketing automation and everything that went with it.

Craig: So did you recommend to them to bring the EVP of Sales or the CMO just saw the numbers and saw that they could equate it to revenue and said, “Hey, you’ve got to get in here and see this?”

Carlos: The CMO saw it and realized, “This is the way I’m going to align with my counterpart.” I didn’t have to recommend it.

What do you call a database that isn’t organized? A drawer. Let’s call it an electronic drawer. And in talking to them, we realized that they were spending money over and over and over again, literally reacquiring the same names and sending out the same message to everybody. And we said, “Do you sell your product – this was a B2B company – to everyone in the organization the same way?” And they said, “No.” So we sat down and we started coming up with personas and a messaging matrix and that led to the content marketing plan.

You’ve got to be more informed than the vendors so you know how to buy exactly the solution that you need for your particular business problem. So in this case, my client was able to realize they had a problem, to articulate that problem in ways that made sense to them, and then presented that problem to marketing automation vendors, ending up with a purchase that they were pretty happy with.

Craig: Here’s a question from a listener: even though there’s this chief revenue officer title nowadays, can you describe what an RPM department looks like from a staffing perspective? How would you guys tackle that question?

Carlos: I would say there is no such thing as an RPM department. Again, I think of Steve’s definition: It’s a way of managing the business from a hello all the way through to customer lifetime value. So when you think about that, it’s really more about what departments are a part of that, including but not only marketing and sales. And with RPM, it’s setting up the proper management of that and those revenue performance indicators that both marketing and sales are going to abide by and adhere to and review and analyze together to make sure that RPM is actually not just a theory but a practice that you adopt in your organization. So I don’t see – I’ve never seen and I’ll be surprised if I see an RPM department that’s run by a CRO in the future.

Steve: Yeah, the few that I can think of now is the marketing automation companies have CROs. One advantage of that is that if you’ve got one executive who’s responsible for the entire revenue process, it can make alignment a bit easier. Another advantage of having a revenue department that includes both marketing and sales is that it helps you to tackle the sticky issue of the tele-prospecting team or the tele-qualification team or the tele-sales and who that reports to and what their metrics are and what their activities look like.

It’s not a very ubiquitous department right now; it’s generally more of a disciplined approach but it’s an interesting experiment and it’s worth looking at companies that have chief revenue officers. I just did a search on LinkedIn. I didn’t find all that many folks with titles of CRO but that may change in the coming years.

Carlos: And let’s not forget: automation is 11, 12 years old and it’s still in its early days. Steve, I’m sure you can attest to this. Seven years ago when we started Annuitas, we used the term marketing automation and no one knew what we were speaking about. So it’s really been probably within the last four years where organizations have started to say, “Oh.”

Craig: Interesting. Yeah, I was going to say, with the exception of the marketing automation companies, I haven’t seen chief revenue officer. I will say I do have a new theory on how we should align the organization which I don’t want to go into now but I have been thinking a lot about this and –

Steve: You’re saying you have a secret new theory that you’re not going to share?

Craig: I have a secret I can’t tell everyone on this call. No, but I have thought about RPM and I do think it has – Steve, I’m really glad that you took it and Carlos agreed – which is this is about a way to look at the entire revenue chain. Even if you don’t have a CRO, you can be an RPM-focused organization, right? And so one of the reasons I wanted to bring up RPM was because, whether that conversation helps in selling to executives, it sounds like in most buying situations just talking to you guys that this is a marketing driven purchase still. It’s still marketing automation.

The driving forces though, which was really interesting – at least in Carlos’ and Steve’s case – you guys are showing them from a metrics perspective weaknesses in their game and tackling those weaknesses and equating them to revenue or future pipeline which is the way these deals get done.

I’d also note that I heard something really interesting which is if you can get the VP of Sales to see this, then you’ve got two votes to go in and get a marketing automation deal done and so I think those are all really important points that we’ve made.

The reason why I was going to jump in with Carlos on conversion rates was just when you are analyzing people’s conversion rates, which conversion rates are those? Is that just across the entire process or are you looking at anything specific when you use that to help build a business case?

Carlos: Well, we actually kind of work backwards. We start with what is the revenue number and the revenue goal of the organization, how much needs to be driven by marketing, and how much needs to be driven by sales. If you start with the revenue number – everyone has that, no matter what you are as an organization – then we start to work backwards and we define the lead planning process to say, “Here’s how many inquiries at the top that marketing is going to need to drive.”

Now, oftentimes what you’ll hear is, “Well, we’ve got numbers from inquiries to a marketing qualified – or MQL to use the Sirius terminology – but beyond that, we have no visibility.”

Okay, then now you have to start to do some digging and go through CRM but we really go through from top to bottom. If you’re not converting your inquiries into anything sustainable at any qualification level and you’re just dumping them all over to sales, you’ve got a big problem.

Sales people aren’t there to try to find needles in a haystack; they’re there to sell. Let them sell and give them people that are quality that they can call on, a bunch of names out of a drawer and say, “Have at it.” So we really start at the top and work all the way through to bottom through to close deal.